Lessons to be learned from the Bezos divorce

Serious car accident? When to call an attorney? 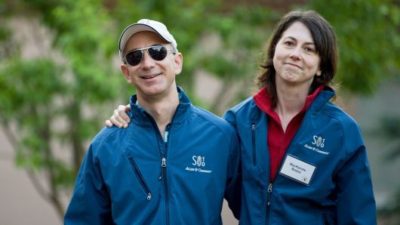 Even if you don’t fancy yourself the next Jeff Bezos, it can be worth thinking about your current assets and potential for future wealth before you get married.

Amazon’s billionaire CEO and his wife, MacKenzie, announced Wednesday via a tweet that they intend to divorce. TMZ reported Thursday that the couple did not have a prenuptial agreement, and it’s unclear whether they had a postnuptial agreement. Experts say the distinction could be costly for the world’s wealthiest man, whose fortune is estimated at $136 billion.

Prenups and postnups set out rights to property and responsibilities for a couple in the event of a death or divorce, said Michael Stutman, a founding partner of Stutman Stutman & Lichtenstein in New York. Prenups are agreements made before a marriage; postnups, after. Absent either of those legal documents, state laws come into play that can govern distribution.

“There are as many reasons as there are people in Manhattan to want to see your assets handled in a different way,” said Stutman, who is a past president of the New York chapter of the American Academy of Matrimonial Lawyers.

Washington state, where Bezos and his wife reside, is one of a handful of “community property” states where, as legal guide Nolo puts it, “money earned by either spouse during marriage and all property bought with those earnings are considered community property that is owned equally by husband and wife.” Put another way, Bezos — who got married before he founded Amazon — could be half as wealthy after a trip to divorce court.

“The biggest mistake lawyers make is they try to be too stingy for the wealthy party, or too greedy for the needy party. There’s a sweet spot for the two sides.”-John Slowiaczek, managing partner, Slowiaczek Albers in Omaha

More couples are looking to prenups. Subscription legal services site LegalShield.com says it has seen a sevenfold increase in the use of prenups among its members over the past year. A 2016 survey from the American Academy of Matrimonial Lawyers found that 62 percent of respondents had seen a rise in the number of clients seeking a prenup over the preceding three years, and 51 percent noted an uptick specifically among millennial clients.

Reasons for putting one in place can vary widely.

Among younger couples, there’s often an interest in keeping future assets and earnings separate, said Joslin Davis, a principal of Allman Spry Davis Leggett & Crumpler in Winston-Salem, North Carolina. One party may want to protect an interest in a family business, or the potential for future income from an entrepreneurial venture. Older couples and those in second marriages often look to prenups to preserve assets they already have or protect inheritances for children from a prior marriage.

Among other aims, a prenup could also outline support for a spouse who gives up his or her career to care for the couple’s children, or on the flip side, include a provision to waive the right to spousal support if state law allows, she said.

Attorneys say postnups aren’t as common. For starters, spouses are often unwilling to sign one: If state law favors you in a divorce, how likely would you be to sign a document that treats you less favorably?

Even if your spouse is on board, your home state may not be.

“There’s a fair number of states that will not allow postnups,” said John Slowiaczek, a managing partner at Slowiaczek Albers in Omaha, Nebraska — which is one such state. “From a public policy standpoint, they’re deemed to be unenforceable.”

States that look askance at postnups often do so because of that presumed shift in power after you marry. People often want to sign one when their marriage is in stress, he said, and so may give away more or demand more than they might otherwise.

Of course, signing either a prenup or a postnup doesn’t mean you won’t end up in court should you divorce, or that your interests would be protected as intended.

“There are ways to challenge premarital agreements,” said Davis, past president of the American Academy of Matrimonial Lawyers.

Here are some of the marital agreement considerations that can trip you up:

“The biggest mistake lawyers make is they try to be too stingy for the wealthy party, or too greedy for the needy party,” said Slowiaczek, who is also a past president of the academy. “There’s a sweet spot for the two sides.”

Think of it this way, he said: If your premarital agreement gives nothing or almost nothing to your spouse, he or she has nothing to lose by challenging that document in court to try to have it set aside. Providing adequate support and a fair split provides incentive to accept the agreement instead of litigating.

Each spouse should be represented by independent counsel, Davis said. There should also be a “full and fair” disclosure of assets, or a waiver of that right to disclosure. Failing to follow those rules opens the door to legal challenges of the agreement.

As detailed above, prenups and postnups can cover a lot of ground. But just because you can include certain terms doesn’t mean they’ll hold up in court, Davis said. More unusual terms can provide incentive for one spouse to challenge the entire agreement.

“Some people even try to contract how they are going to conduct themselves in the marriage, … for example, who’s going to take the trash out, how many children you’re going to have,” she said.

Other typically unenforceable prenup terms include child-related issues like custody or parental support of the child. Depending on your state, waivers of alimony may or may not be allowed.

If you and your fiancé are living in different states (or even different countries) before marriage, your prenuptial agreement will need to reflect any variance in state laws and include a provision on which state’s law will prevail, Davis said.

“There may be some things you can contract in in one state, but not in another,” Davis said. “You have to consider the laws of those jurisdictions.”

Focusing on the present

A prenuptial agreement should lay out how the growth in value of nonmarital assets will be treated. Courts have been taking a closer look at that, he said, and in some cases, have determined that the appreciation in those assets’ value is shared, rather than individual, property.

Slowiaczek gave the hypothetical example of an executive who owns stock in his company. Because of that executive’s good management, the value of the company stock skyrockets. A court might deem that the value of the stock at the time of the marriage belongs to the executive, but its appreciation is marital property because his actions caused it to grow. “If you don’t have that in your premarital agreement, you’re likely to get your basis back but you’ll lose all your marital appreciation,” he said.

Conditions of your prenup may require additional actions after the wedding, Slowiaczek said. Some spousal rights can’t be effectively waived until you’re officially married (and hence, a spouse).

Say, for example, your fiancé signs an agreement waiving his or her spousal right to an interest in a qualified retirement account, such as your 401(k) plan.

To make sure that part of the prenup sticks, you’ll need to have your newly minted spouse sign a document reaffirming the agreement, he said. Your retirement plan provider may also require signed waiver of beneficiary forms.