Arbitration clause can be waived

Can you be misled by someone with whom you’re in contract and not have a claim for the damages you suffer as a result? It’s not common, but it can happen.

In 2010, a Franklin County vendor, National Contracting, entered into a contract with Lowe’s to install flooring as an independent contractor. The contract could be terminated by either party with 30 days notice and contained the following provision: “Installer further agrees that Lowe’s shall not be obligated for any expense incurred by Installer in connection with … expenditures made by Installer for additional facilities …”

In 2014, National was informed that Lowe’s would be reducing the number of vendors it deals with and that “National would be one of only two flooring installers working for Lowe’s” in a certain area. Lowe’s conditioned its selection of National on National relocating to a larger facility. With that, National moved to a larger—and more expensive—facility. Not long after National entered into a three-year lease, Lowe’s terminated its contract with National. Without receiving work from Lowe’s, National could not afford the rent at the new facility and was sued by its new landlord for breach of lease.

National filed suit against Lowe’s, claiming it had detrimentally relied on Lowe’s promise. After all, National had moved to a more expensive location based on the requirements set by Lowe’s, only to have Lowe’s terminate the contract and leave National hanging. In situations like this—referred to as quasi-contracts—the law recognizes that damages can be recovered by a party that has relied on a clear promise from the other party even though the parties have not expressly made a contract.

But National didn’t prevail. The court granted judgment in favor of Lowe’s. How could that be? While National’s situation is lamentable, the answer lies in the contract.

That contract defined the entire relationship between the parties, including Lowe’s not having liability for any increase in Nationwide’s expenditures for additional facilities. So, while the statements made by the Lowe’s manager may have given rise to a quasi-contract, the court was obligated to enforce the terms the parties had expressly agreed upon in their written contract (even though the result seems unfair).

The real problem for National was that its management probably never thought twice about the contract it had signed four years prior with Lowe’s. Likely, the only thing National’s management could think of was the additional revenue it would realize if it obtained a larger facility.

Had management remembered the limitations within the contract, National could have tried to renegotiate the contract or thought much harder about the feasibility of obtaining a larger and more expensive facility. Regrettably, National fell into a trap it didn’t see. 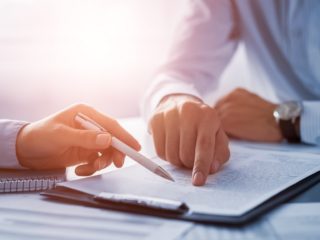